Speakers included several UK Politicians and Sikhs from across the globe including Europe, North America and several parts of the UK. The focus remained the widespread concerns of Sikhs against ‘anti-farmer’ laws passed in India which have seen mass protests by farmers across India, especially in the predominantly Sikh state of Punjab and Haryana.

It is clear, the recent eruption of protests in Punjab and Haryana is not an economic issue alone. Mandhir Singh and Ajaypal Singh, both activists at the forefront of the protests in Punjab stated that the issue is at its core a political one and is symptomatic of the Government’s treatment of Punjab for decades. Both speakers expressed their view that the sentiment on the ground in Punjab is that the solution to this crisis lies in Punjab’s autonomy.

Gurpreet Singh Anand, Secretary-General of SCUK, said: “The new laws can only be viewed as the latest move in a long-term series of laws negatively impacting the agriculture-dependent state of Punjab.”

The data from the survey was reviewed by Manivjot Singh Dhillon, a Lead Data analyst by profession and SCUK UK Executive Committee Member. A summary analysis from our survey is as follows:

Only a month ago, Human Rights Organisation: ‘Amnesty International’ halted its operations in India following ongoing tension with the Government due to Human Rights concerns. The situation in Punjab is precarious, and at any moment, the authorities can increase the intensity of violence to suppress dissent. This has been the pattern of behaviour every time there are political agitations in Punjab.

It was agreed that there would be a letter from the APPG for British Sikhs to write to the Foreign Office to raise this issue with their counterpart within the Indian Government and for MPs to write to the High Commission of India (London). We urge all concerned to continue writing to their local MPs, urging them to raise the issue further by writing  to the Foreign Office and High Commission of India (London). 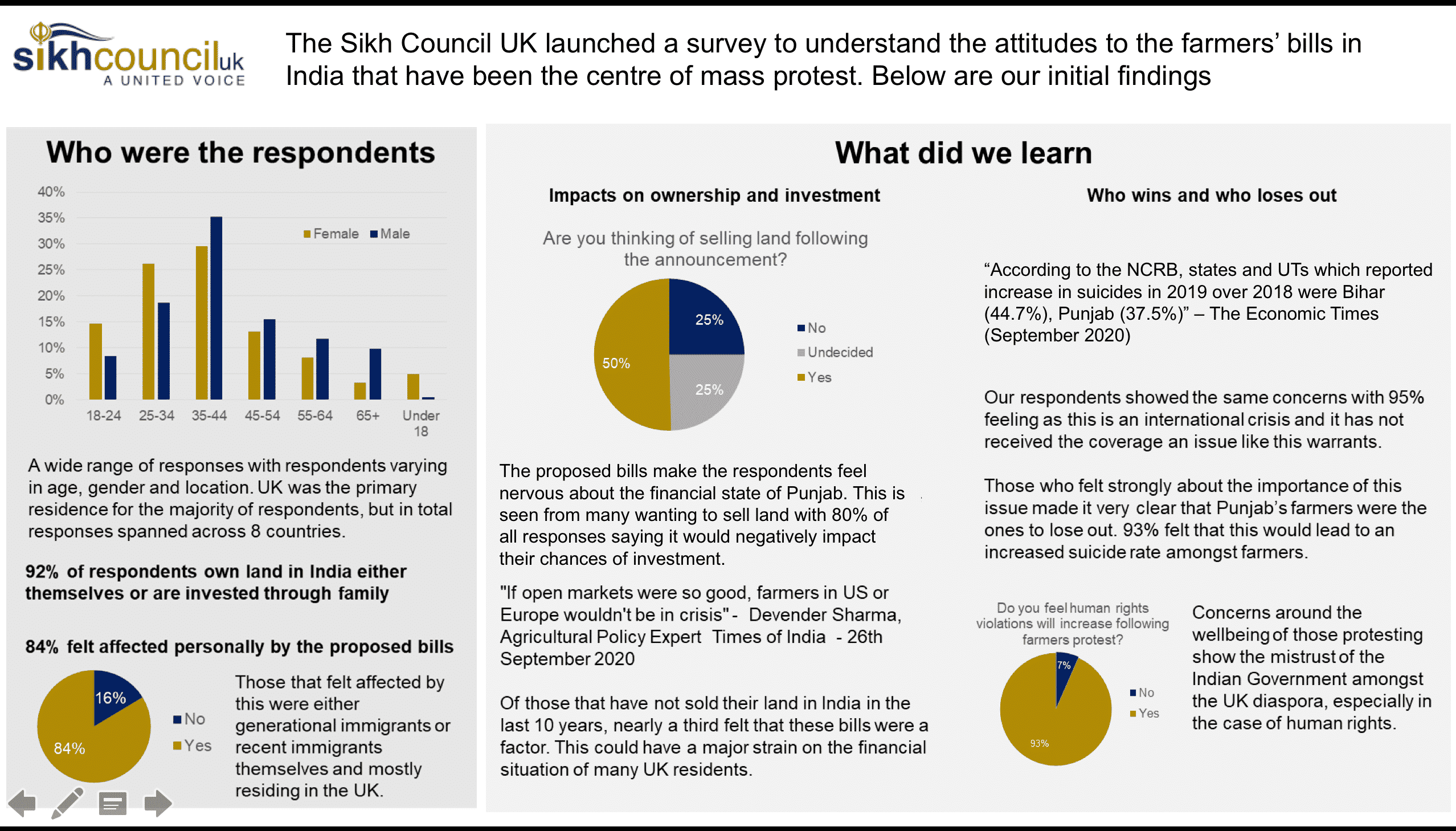