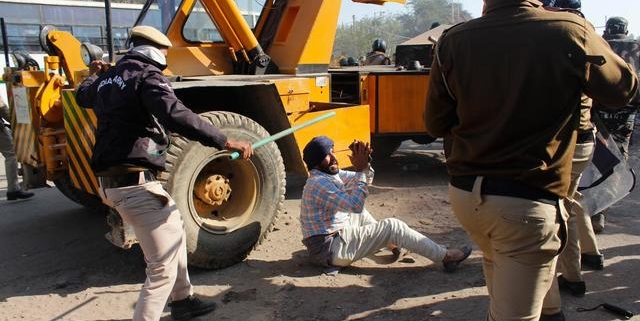 In the initial findings of our survey on the agrarian crisis we found that 93% of respondents felt that human rights violations would increase with the new anti-farmer laws passed by the Government of India.

The Sikh Council UK urges all Organisations, Gurdwaras and Human Rights Groups to sign the below joint statement using the link:

“We have growing concerns about potential human rights violations against farmers engaged in peaceful protests in Delhi. We have been alerted of the use of ‘internet jammers’ and are troubled by an increasing paramilitary presence deployed in the protest area.

We have already seen an unfortunate surge in fake information by politicians, individuals and mainstream media outlets engaged in a campaign to demonise the ann-datta (food basket) of the nation. We hope this is not a pretext to influence the public reaction to any possible future violence against those protesting.

On Friday 4th December 2020, a spokesperson of the UN Secretary-General, Antonio Guterres, said:

“As to the question of India, what I would say to you is what I’ve said to others when raising these issues is that people have a right to demonstrate peacefully, and authorities need to let them do so”

The Sikh Community of the UK firmly stands with Indian farmers. We hope that the subsequent meeting of the Government with the Kisaan Union leaders on the 9th December 2020 is successful and the anti-farmer laws are repealed in their entirety.

The Government of India will not be oblivious to the widespread support for the farmers’ protests by the international community. This has been displayed in peaceful mass-protests in over ten countries, including the UK.

We urge the Government of India to consider the human impact of the agrarian crisis and act compassionately towards the protestors, many of whom are elderly.”